Below are some examples of successful projects. 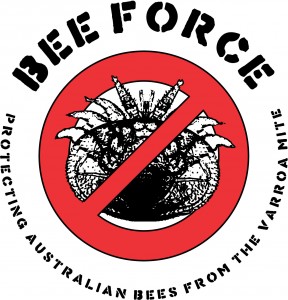 “Varroa mites have caused havoc worldwide. Their introduction has decimated honey bee populations everywhere they have become established. They introduce a wide range of viral diseases that weaken bee stocks, producing deformed bees and eventually reducing colony fitness and numbers. Most feral European honey bee colonies have been decimated by the introduction of Varroa in the US and Europe.

Australia is currently the only Varroa-free country.

Unfortunately, Varroa mites are now present in both New Zealand and Papua New Guinea, a few steps away from the Australian foreshores, and it is only a matter of time before they find their way to the continent. Governmental agencies have established that this pest is most likely to be introduced to Australia via cargo shipment to major ports around Australia.

The major issue with Varroa is that it can be controlled using acaricide treatments to keep numbers down, but it cannot be eradicated. Once an apiary is infested, rigorous and on-going chemical control programs need to be applied just to keep the colonies alive. To add to the difficulty, over the last decade, overseas populations of Varroa mites have developed a resistance to the most commonly used acaricides.

This project successfully enrolled and trained urban hobby beekeepers in a post-border surveillance program for the early detection of Varroa mites around high-risk entry points in two locations in Victoria. BeeForce identified how community detective networks, or BeeForce task groups, could be recruited, structured and motivated to assist in monitoring for a high priority honey bee pest over a two-year initiative in both Melbourne and Geelong. This project compared two models which arose in Melbourne and Geelong and the BeeForce participants’ drivers and inspirations in both locations. BeeForce has since been deployed nationally.

A virtual image library (PaDIL) was established in 2003 to support plant Biosecurity diagnostics through high-resolution images of a range of pests and diseases that pose a potential threat to plant health in Australia and which are of Biosecurity concern.

International obligations require that pests of concern are defined when developing phytosanitary measures to facilitate the movement of goods. However, the majority of pests encountered are not local, therefore diagnosticians require a world-wide knowledge of exotics and their associated risk.

FieldPaDIL developed a platform for detection and identification imagery of pests and diseases in the field along with their associated symptoms and signs of damage. Several documents were developed for PaDIL including:

Phytosanitary inspections are one of the most important measures worldwide to prevent the introduction of exotic and regulated plant and animal pests. The International Plant Protection Convention (IPPC) sets the standards and guidelines for trade under the WTO and requires that phytosanitary measures are technically justified. The current standard inspection regime in Australia for large consignments of fresh produce is the inspection of a random sample of 600 units. The sample size is based on the statistical relationship that if all of 600 inspections fail to detect infestation then the estimated level of infestation is below 0.5% of units with 95% confidence. However, this prescription ignores imperfect detectability. Cryptic pests are more difficult to detect than others.

The aim of the project was to acquire the information necessary to design a comprehensive detectability experiment and determine the population levels at which a range of arthropods are detected reliably in fresh produce.

This project provided technical data to underpin experimental assessment of the robustness of the sampling protocol of one of the mostly commonly used phytosanitary tools and a framework used in decision making about strategic investment in phytosanitary measures and inspection systems.

CABI (Centre for Agriculture and Biosciences International) provides comprehensive information on a range of endemic and exotic organisms and PRAs (Pest Risk Analysis). It is a non-profit, international, intergovernmental organisation applying scientific expertise to solve problems in agriculture and the environment.

CABI’s Invasive Species Compendium (ISC) provides a detailed coverage of invasive species threatening livelihoods and the environment worldwide. It covers over 20,000 organisms (weeds, pathogens and pests) and hosts 3,400 detailed pest datasheets. The ISC has a global focus on the best available science on the invasive species that have the worst impacts in the world. The compendium covers all taxa in both natural and managed eco-systems. Detailed datasheets comprise fully referenced sections on taxonomy and nomenclature, distribution, habitat, identification, biology and ecology, species associations, pathways for introduction, impacts and management, complemented by images and maps, and are supported by abstracts and full text articles.

The 9 units in the Plant Biosecurity program include:

BSASP was involved in the development and review of several of these units and the development of advertising material using online communication tools (Articulate Engage).